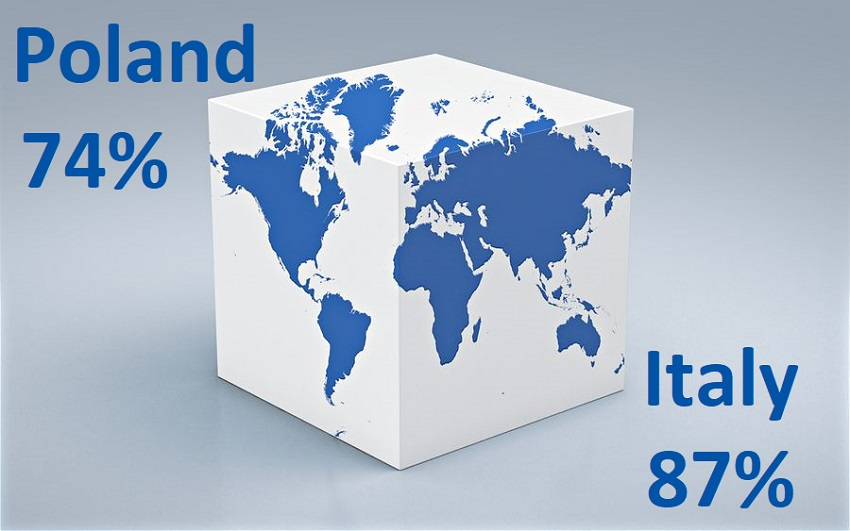 The highest chances of positive ruling have the applicants who were trained in Netherlands, since their success rate makes up 94 %. Applicants from Switzerland, Belgium and Austria follow with success rate over 90 %. Applicants from such countries as Kosovo, India, Turkey and Serbia receive positive ruling in below 60 % of the cases. The lowest success rate have China and Mexico. However, one has to bear in mind that only states with 100 or more applications processed were taken into consideration in the statistics. 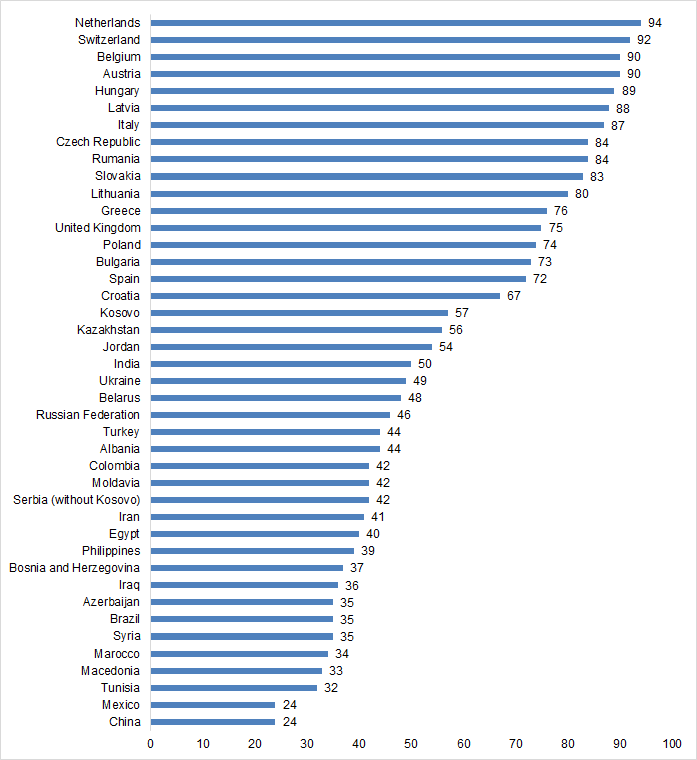 For the exact number of applications processed, see the figure below.

The vast majority of applications was submitted by migrants from Syria, Bosnia and Herzegovina and Serbia. Furthermore, many applications from Romania, Albania and Poland were processed. Philippines, Ukraine and Italy follow. 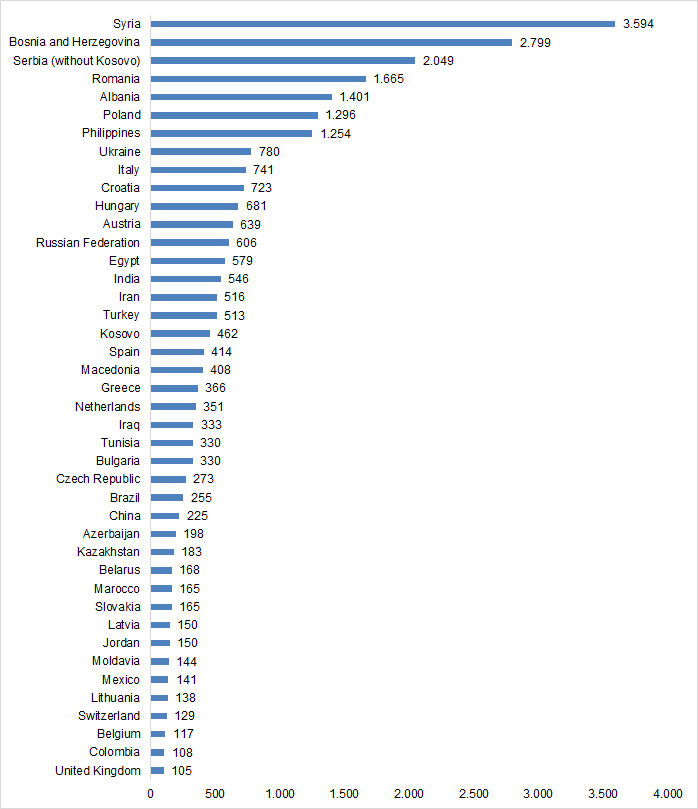